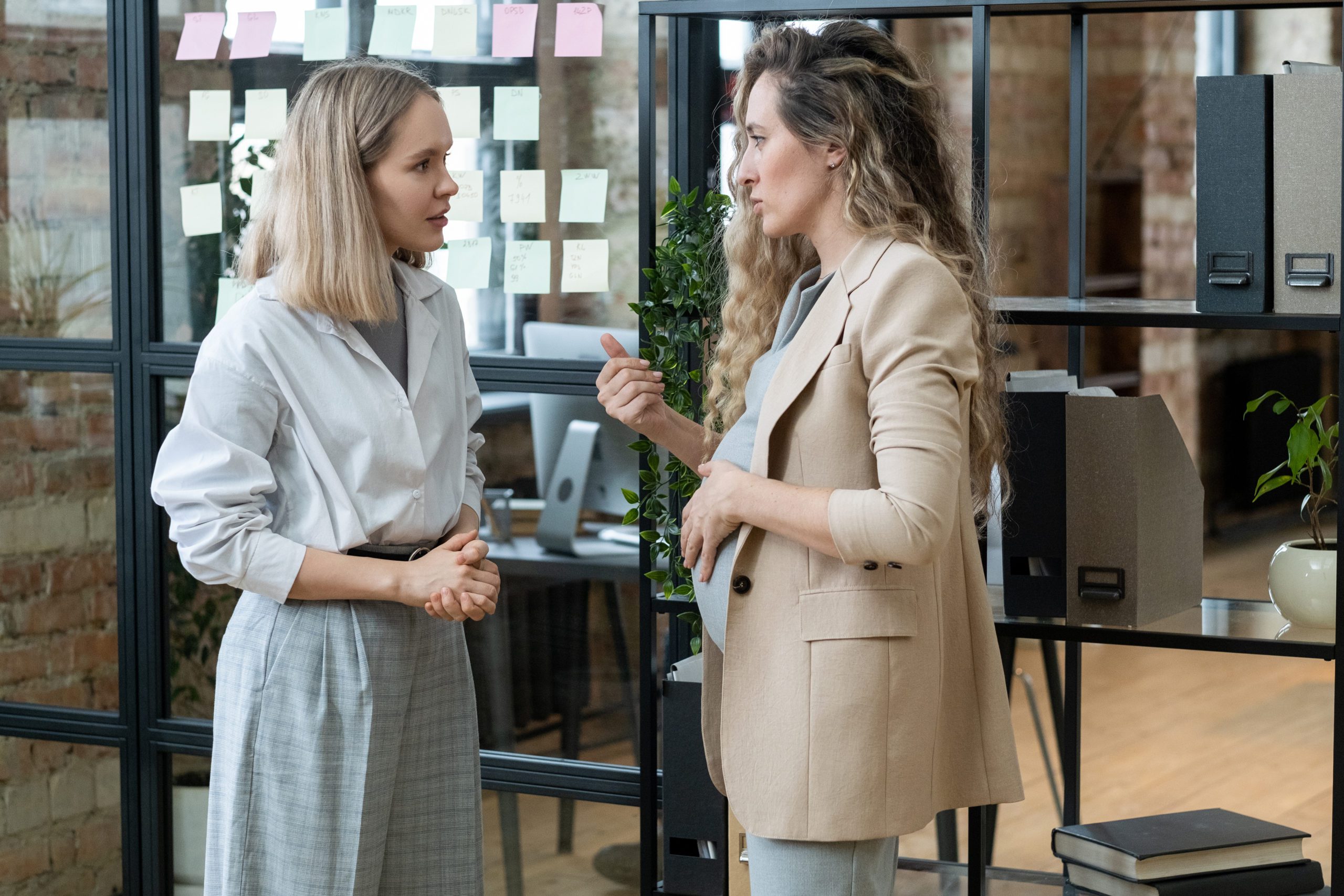 In the wake of the Dobbs v. Jackson Women’s Health Organization ruling, that abortion is not a protected right and all the anti-abortion laws being passed, there is bound to be a surge in pregnancy accommodation requests, as workers will be forced to carry through with high-risk pregnancies.

No one should be forced to choose between a healthy pregnancy and their job. Forty years ago, Congress outlawed pregnancy discrimination when it passed the Federal Pregnancy Discrimination Act (PDA). Despite the law, employers still routinely deny pregnant workers’ accommodation requests.

How Common Is Pregnancy Discrimination In The Workplace?

The Equal Employment Opportunity Commission (EEOC) data shows that from 2010-2021 roughly 39,000 pregnancy discrimination charges were filed with the EEOC. That number doubles when combined with charges filed by the state and local Fair Employment Practice Agencies.1 Those numbers only reflect when a pregnant worker actually files a complaint. Unfortunately, not all pregnant people know their rights as a pregnant worker or fear retaliation if they speak up.

The Bipartisan Policy Center and Morning Consult conducted a survey on the prevalence of pregnancy discrimination in the workplace. The key results of the survey showed:2

The Journal of Applied Psychology published a landmark study from Baylor University where researchers surveyed 252 pregnant employees. The results showed that pregnancy discrimination has a negative impact on the mother’s and baby’s health. Pregnancy discrimination was linked to increased levels of postpartum depressive symptoms for mothers and lower birth weights, lower gestational ages, and increased numbers of doctor visits for babies.3

Pregnancy discrimination and the motherhood penalty leads to an economic disadvantage and gender wage gap for women. Studies show the discriminatory treatment women face while pregnant and following birth includes lower starting salaries, lower likelihood of hiring and promotion, and lower perceived competence and commitment. Known as the “motherhood penalty” because men do not face the same discrimination when they become fathers.4

A sad case that gained national attention was when Kristie Small, acting chief of staff to Congressman Cuellar, filed a federal lawsuit against Cuellar after being terminated during her third trimester after requesting leave. Kristie delivered her baby at 30 weeks; it was a stillbirth. The lawsuit, which settled out of court, argued Cuellar’s firing of Small constituted both sex and pregnancy discrimination.5

In August 2022, the U.S. Court of Appeals for the Seventh Circuit issued a devastating decision holding that Walmart’s policy of refusing to accommodate pregnant workers in need of light duty does not violate current law. In the case, the Equal Employment Opportunity Commission (EEOC) argued that Walmart’s temporary light duty policy, which provided light duty to workers injured on the job but not to pregnant workers, violated the federal Pregnancy Discrimination Act (PDA). Walmart’s policy forced pregnant workers to lift heavy objects, at risk to their health, or go on unpaid leave, at risk to their ability to put food on the table. One employee, who had kept working after being denied light duty because she needed her paycheck, began to bleed, as the fetal heart rate dropped.6

Pregnancy discrimination is not just about the loss of income. Pregnancy discrimination is about the loss of dignity and the burden of shame pregnant women are forced to carry. An Applebee’s employee was left in tears after her manager allegedly made fat shaming comments on her pregnant belly. TikToker Maria Pantoja shared the interaction in a video that now has over 500,000 views. “When you are 36 weeks pregnant and your manager tells you, ‘What are you having, three kids?’” she filmed herself saying in the video.

Why Congress Must Pass The Pregnant Workers Fairness Act

The Pregnant Workers Fairness Act (PWFA) bill, H.R. 1065 prohibits; employers for discriminating against pregnant employees or failure to provide reasonable accommodations for qualified employees affected by pregnancy, childbirth, or related medical conditions. It strengthens existing federal protections against pregnancy discrimination in the workplace. The PWFA passed the House on 5/14/2021, but it still needs to pass the Senate and then be signed into law by the President.8

Specifically, the PWFA declares that it is an unlawful employment practice to:

The PUMP Act for Nursing Mothers would have built on an existing law that requires employers to provide reasonable break time and a private, non-bathroom space for breastfeeding employees to pump breastmilk by clarifying employers’ obligations under the law. However, the bill, which would have expanded breastfeeding protections for nine million nursing moms, was not passed by the Senate.

Fortunately, the Pregnant Workers Fairness Act also hopes to clarify the law and close loopholes surrounding breastfeeding. This includes time and space for people to pump at work.9

In California, pregnant women are protected by provisions in several statutes:

The Americans with Disabilities Act (ADA)

The California Family Rights Act (CFRA) provides eligible employees with up to 12 weeks of unpaid, job-protected leave to care for their own serious health condition or a family member with a serious health condition, or to bond with a new child. Recent legislation, effective January 1, 2021, expands CFRA in several major respects. In addition, California law requires covered employers to provide employees disabled by pregnancy, childbirth, or a related medical condition with unpaid, job-protected leave (PDL) and/or accommodations.10

At Haeggquist and Eck, LLP we believe pregnant people should be treated fairly and respectfully. If you have been denied accommodations, experienced discrimination or retaliation, we will fight for you. If you are not sure, we are happy to answer your questions. Call Haeggquist & Eck, LLP for free and confidential consultation with no obligation.